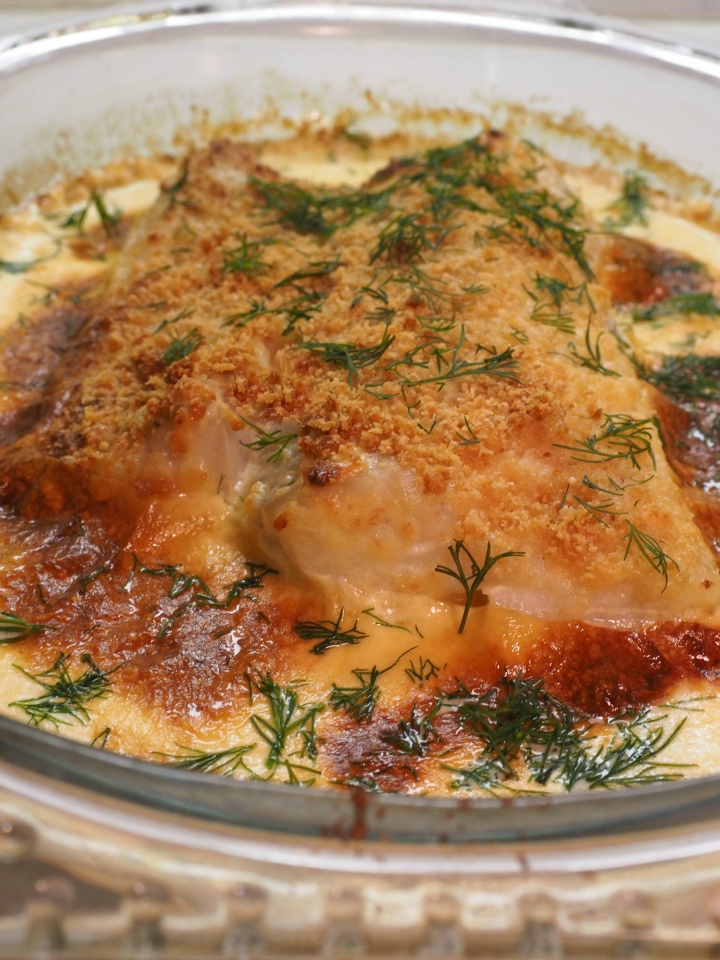 Between the covers of my oldest cookbook there is a yellowed, little wrinkled paper which includes a recipe for the pike of Hamburg, handwritten by my mother. We have mostly used pike when making this dish, though every now and then we use cod instead.

The original name is “The Pike of Hamburg”, but doubt we can call the latter one “The Cod of Hamburg” – and that’s why the title is “breaded cod baked in the oven”. They both are just as good, but if you happen to dislike fish bones, cod is absolutely a better choice.

The original recipe does not include capers, but over the years they have become part of the dish. And after realising how nice addition they were, they have been there since. As well as the Emmental cheese has been replaced with Parmesan, because of its better taste. You can use any cheese as a substitute – everyone makes food to fit his/her taste buds.

All in all this dish is quite easy to make and still outstandingly delicious – one of my favorites. At least it’s worth trying. Served with cooked potatoes and some fresh salad.

Season the cod slightly with salt on both sides for about half an hour before baking. 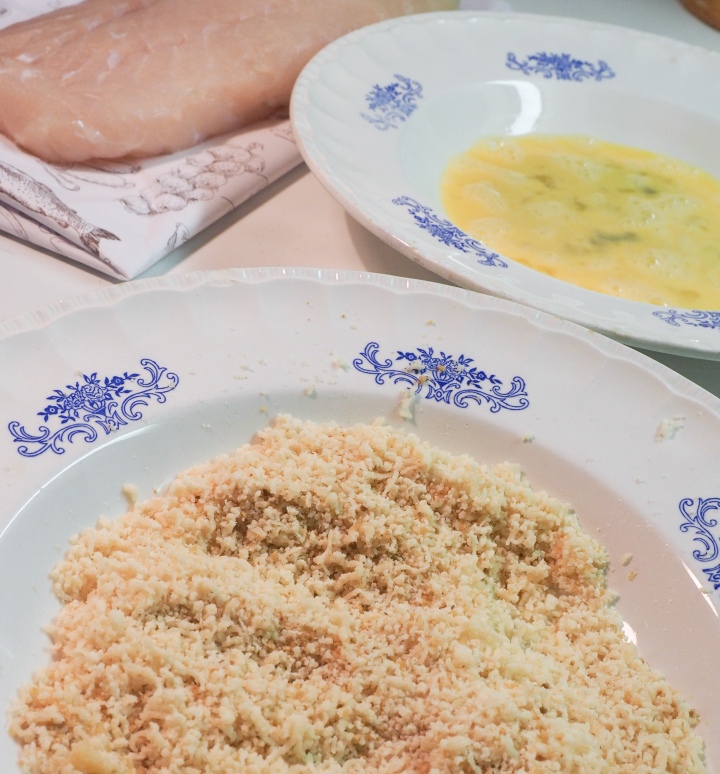 On one plate whisk an egg. On another plate make a mixture of grated cheese and bread crumbs. 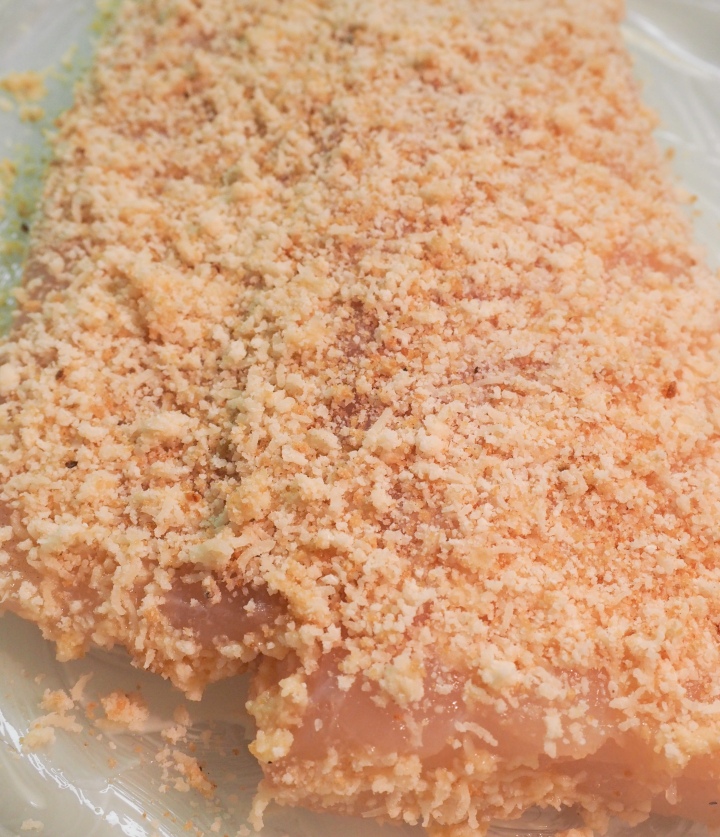 Roll the cod filled first in egg and then in cheese/breadcrumb mixture.

Place the filled in an oiled baking pan and, if you want, add the rest of cheese on the top of the fillet.

Mix cream, capers and the preserve liquid and add some salt and white pepper.

Bake the fish “dry” for about ten minutes and then pour in the cream all around the fish.

Bake for about 30 minutes or until the fish is evenly cooked and the cream has nicely thickened. Decorate with fresh dill.