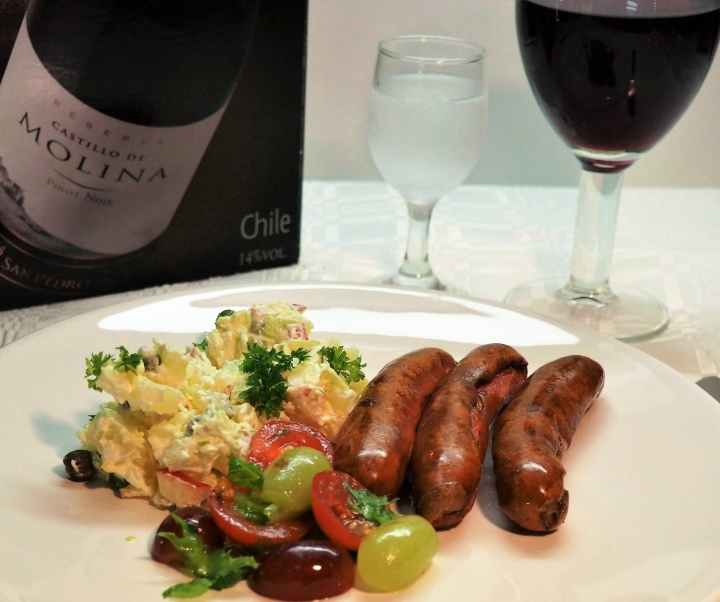 In Finland Frankfurters with potato salad have belonged to New Year’s celebration for quite a long time – if not as a main meal but more like a late night dish when the party continues into the small hours of the night. Formerly Frankfurters used to be a special and expensive delicacy of the upper class people and it mostly belonged to two  festive occasions: New Year and the 1st of May.

The way I see it Frankfurters and potato salad still belong to Finnish cuisine specifically as a New Year’s serving, though it has been said that this food has totally lost its charm because of the increased living standards. Anyhow, Frankfurters are available for everybody and because no other traditional food has moved in to replace it, this custom has prevailed.

It is certainly is true that Frankfurters aren’t considered “fine food” anymore, and you can buy potato salad in any store whenever you want. However, we decided for once to follow the tradition and eat Frankfurters and self-made potato salad on New Year’s Eve. A salad that was so delicious that we will surely make it again throughout the year. Why in earth eat something this delicious only once an year! 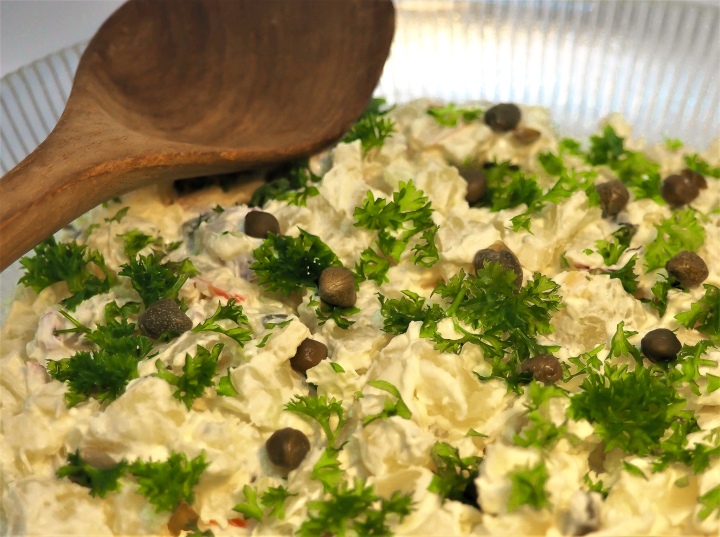 PORTION: 4 servings
TIME TO MAKE: altogether one hour, if you include the cooking time of the potatoes

Cook potatoes and let them cool down.

Peel the potatoes and cut them in small cubes. Put them in a bowl.

Cut the apple in very small cubes and put them in the bowl with potatoes.

Use the light green part of the leek. Take a piece weighing about 40 gr and chop it very fine. Add it to the bowl. Then chop the red onion in very, very fine pieces and add it to the bowl as well.

Cut a half of a pickled cucumber in very small pieces and add it to the bowl.

Then add four teaspoons of capers, salt, black pepper and 250 gr smetana and toss well. Decorate with fresh parsley and capers. Let the salad rest in a fridge for some time before serving.