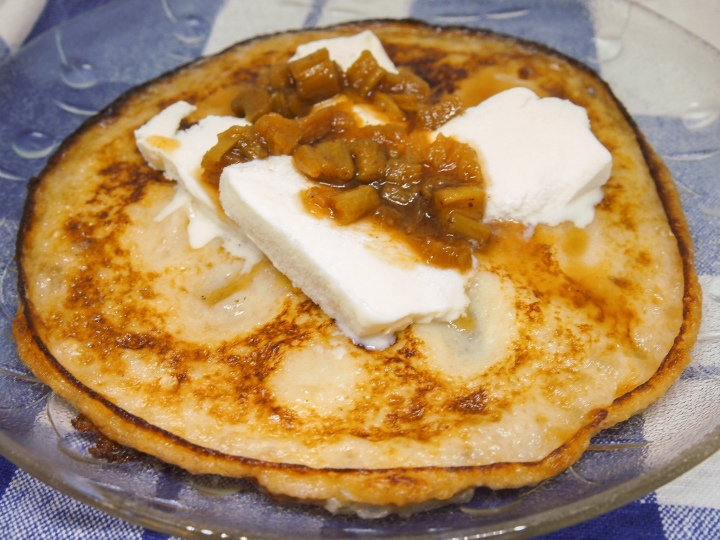 Yes, it is surprising how you suddenly feel like having crêpes (pancakes, thin batter cakes or whichever name you prefer). For the last year I can’t recall having made any, and I haven’t missed them at all. Perhaps they came to my mind because to the rhubarb jam I made.

Again I encountered some problems when trying to make a good gluten free batter. In the first batter I used too much flour and it became too thick. There was no use to add more milk, because then I would have ended up eating nothing but crêpes for an entire week. So I made some thick pancakes which tasted good, but there is no way they could be called crepês.

Then I found the right combination of milk and flour and voila – crêpes. Just make sure to adjust the heat so the top side has time to solidify before the other side is at risk of burning. Gluten free crêpes are a bit more brittle than those made of regular flour.

A gluten free flour mix made of wheat starch is quite easy to find in Finland but I don’t really know how the situation is in other countries. Hopefully you can find some, because there are so many sweet pastries that just call for the aroma of wheat.

Since I mentioned the rhubarb jam I simply have to say that it is something I would call “the best jam ever” – really worth making! And so good with crêpes and ice cream. Yummy!

The recipe for rhubarb jam can be found here.

Whip the eggs and milk together. Add sugar and salt.

Add flour whipping all the time. Though there seem to be some lumps in the batter, most of them will dissolve during the swelling and the rest of them during the baking. So they will not spoil the result.

Bake the crêpes on such a heat that the top side has time to solidify before the bottom side is at a risk of burning. Coat the pan generously with butter, it’ll make everything easier. 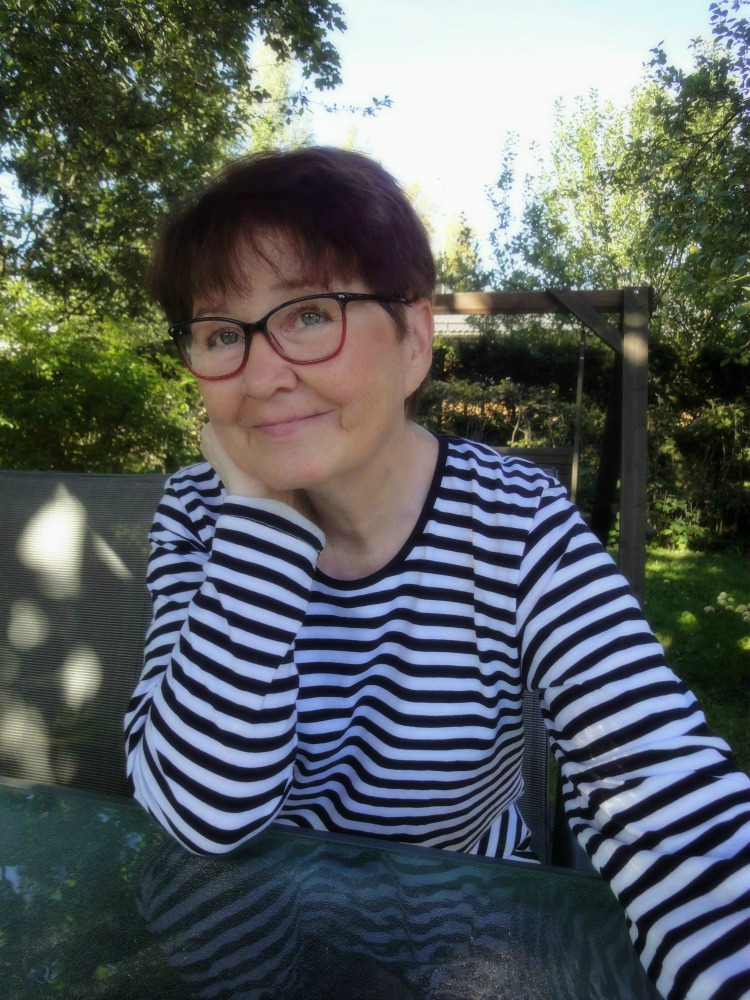